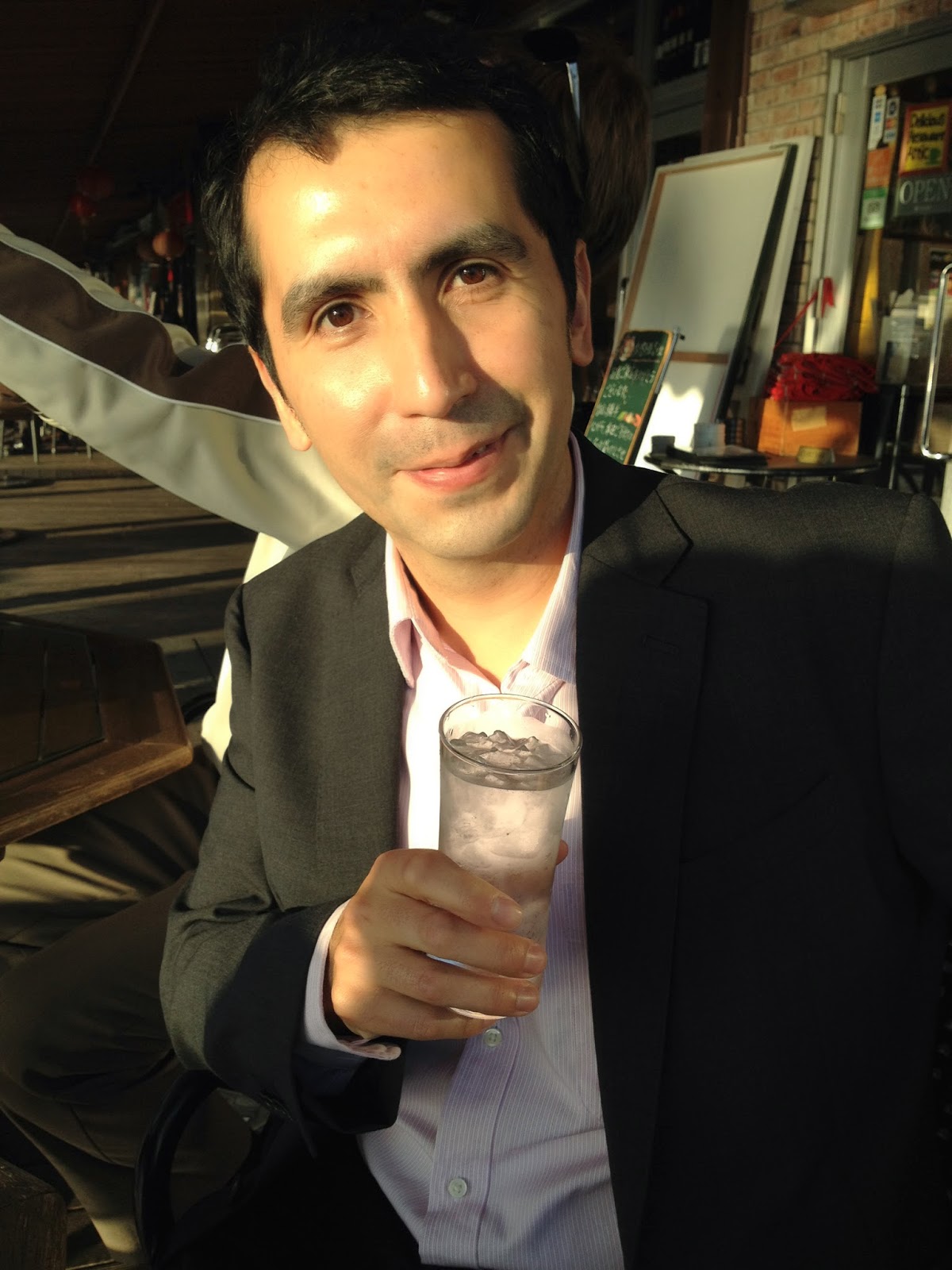 November 16th brought about our Nagasaki JALT monthly meeting and a chance for some educational development at the hands of Robinson Fritz, Associate Professor at Nagasaki University in the Faculty of Economics. Rob has been on staff at N.U. since this past April and specializes in Intercultural Theories and Communication. His presentation focused on Using Intercultural Theories for ALTs and JTEs to Successfully Understand Each Other.

At the time of his presentation, Rob is a candidate for Ph.D in Intercultural Communication at the University of Sheffield in the U.K. His research has taken him into an area that, although widely studied in Europe appears to be little studied here in Japan.

Using examples from his experiences on the JET Programme and from his study and research in the past year, Rob focused his talk on the relationships and communications between workers of two different cultures. He also highlighted how that although there is a heavy focus on language learning in Japan, there is very little focus on learning about cultural differences - that language and culture really can't be learned apart. There is too much of a focus on only linguistics and that little or no training is offered in the areas of Intercultural Communication.

Rob demonstrated a simple example of searching for the word "cute" in Google U.K. versus searching for the Japanese translation "KA-WA-II" (可愛い) in Google Japan which produces very different results: kittens, puppies, small animals in the UK version, and young women in the Japan version.

Robs talk has put a spotlight on a lack of training and or understanding of the effects of cultural misunderstandings on the ability to globalize and or internationalize a language program.

Rob concluded with suggestions for solutions and how people may develop Intercultural Competency for the purposes of communication and better understanding. Rather than forcing one model of intercultural communication (Eastern v. Western) in the multi-cultural environment, what is actually needed is a third model which is developed co-operatively by both sides.

In overview, Rob's presentation really brought a spotlight to this issue of multicultural working environments and the necessity for addressing the challenges faced when communicating in different languages and across cultures. It was a very thought-provoking and interesting research and analysis that Rob shared with us during our meeting.

Slides from the meeting: (here)

Other announcements from the November Meeting:

Our president reported that the deadline for presentations at JALT National is February 11th 2014.

Additionally, JALT PanSIG which is to be held in Miyazaki on May 10-11th, 2014 also has a call for presentations deadline for submissions which will be on January 15th.
Posted by nagasakijalt at 16:00

New comments are not allowed.